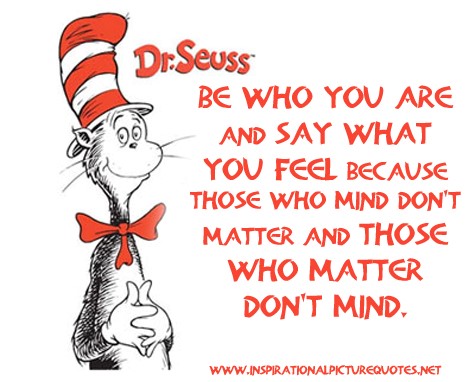 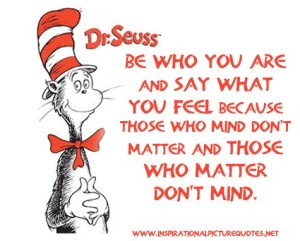 When he brought me that first box of chocolates – that very first time – I should have said, “Thanks, but I don’t eat candy and I don’t do chocolate.” But, it was so sweet of him and he looked so pleased with himself and I didn’t want to embarrass him, so I just said “thanks” and offered him a piece. On Valentines’ Day he sent me a dozen long stemmed CHOCOLATE roses… and I politely called to say “thanks” – grateful that he’d be out of town and not notice that they hadn’t been eaten. But when he showed up with two-dozen chocolate dipped strawberries on my birthday, I lost it. Somehow I made him the bad guy for not knowing that I didn’t eat candy. No, I never told him… but he should have known! I mean, really, if he truly cared about me… Needless to say, we aren’t ‘together’ any more.

My ex sister-in-law (who is, coincidentally, also my ex best friend) is in a coma and I honestly don’t know why she hasn’t spoken to me (except for a second at her dad’s funeral) since her brother and I split up ten years ago. Though I didn’t call her, I did make two somewhat awkward written attempts to reconcile over the years, but she didn’t acknowledge either. Then I sent a letter when I heard about her cancer and an email when she went into remission. She never responded. Word is I won’t get a chance to talk to her now…

If she had just told me that she was a vegan, instead of trying to be the perfect ‘trouble-free’ guest and cause no hassle, I would have made something that all of us could eat and enjoy. Instead, she said nothing; ate only bread and butter and a little salad (picking out all the ‘bad’ stuff). I felt like the world’s worst hostess and she wasn’t feelin’ so great, either!

He was one of my oldest, dearest friends so I guess I cut him more than a little slack. I didn’t tell him how much it upset me when he changed his plans to do something with me at the last minute or showed up hours late.  I guess I figured it was ‘just the way he was’ and there was nothing I could do about it. Besides, on some level, as miserable as it made me feel, I did think that his life was somehow more important than mine. So I just ‘sucked it up’ and said nothing. When I finally did snap (right after I wrote the blog about boundaries – coincidence???) I let him have it with ‘both barrels’! And, by the way, after a bit of a cry, we’re now closer than ever!

My mother (who will be 93 this year) has always ‘just sucked it up’. ‘Guess that’s where I learned to do it. This wonderful lady mastered the art of seeming to be unimportant. Rather than say what she wanted, needed or felt, for her it has always been about someone else. She made herself ‘less than’ so someone else (usually my father) could be ‘more than’. Throughout the last 50 or 60 years, no matter what was going on, she was ‘fine’ (which, I’m sure, is why I detest that word!) and no matter what she wanted or needed, she said ‘nothing’, asked for nothing and generally refused whatever she was offered. I think it’s fair to say that I have developed a tendency to ‘over-share’ and speak my mind as a backlash to watching my mother train others to undervalue and disrespect her. Now, in her ‘twilight’ years, still quietly (or silently) declaring to the world that she is unimportant, she cannot understand why no one seems to put her first.

I admit it, there are those times when, either fearing that I will make an enemy, or make a fool of myself, I withhold. Not wanting to be judged by others, I judge myself and sentence me to silence.

You’d think that we humans would be savvy enough to say what we mean, mean what we say and ask for what we want and need, wouldn’t you? So, what gets in the way? Dr. Seuss knew…  “Be who you are and say what you feel… because those who mind don’t matter and those who matter don’t mind!”