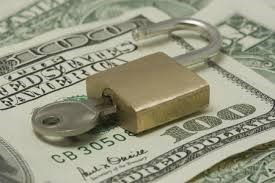 When I was a teenager, living in an upper middle community, I looked around and (mostly unconsciously) judged the people around me who had lots of money. There were lots of ‘them’ to observe and, after deciding that my family was on the poor side, I made a slew of decisions about rich people. It wasn’t conscious, but it was pretty ugly and the rich folks didn’t fare well with me at all.

People – well, kids, with lots of money, I decided, were catty, popular and phony. As a group they were self-centered and self-important, unbalanced, unspiritual (but went to church to be social), wasteful, never satisfied, stuck-up, good looking (with great taste in clothes) and lucky… very, very lucky. I saw their parents – when I bothered to even give them a thought, as absent, cold, busy, powerful, snobby, and cruel to those who weren’t rich. And that was just the start of what I determined! I also ‘learned’ that men controlled the money, women overspent the money and that there was a finite amount of money – and these people were hogging it! That was my story and for me it was real.

As I moved out of the early chapters of my life, making the next level of my decisions – far more ‘adult’ decisions about people who had lots of money – I decided that people who did things with the intent to make a lot of money:

So I didn’t set out to make LOTS of money, I simply followed my passions and had FUN. It was working. At one point, years ago when the dollar was worth a lot more, I earned $500 every 15 minutes!

That was then…  Years later, my ‘abundance’ began to disappear. What??? I decided that I needed a minimum of $2M (in savings and assets) to support my ‘golden years’. Desperation set in (dangerous stuff). Why wasn’t the money coming in? This wasn’t fun anymore.

And, that’s when I started to became CONSCIOUS about my relationship with money. It was going to take lots of money to get everything I wanted and needed. How was I going to make that happen? And, what was blocking me now? It was so easy in the past.

The BIG AHA MOMENT: My life was no longer about the passion and FUN; it was all about making lots of money. I was so attached to that end result that my happiness and self-worth had become dependent on it. My inner peace and balance were attached to having something ‘happen’ instead of being present and enjoying the NOW. The first step to creating change is awareness, right? Questions followed…

Who would I have to BE to have it all? Why would my unconscious mind – there to protect me – let me become one of ‘those’ people? Simple answer, it wouldn’t! My subconscious mind stealthily reminded me that I didn’t actually like rich people; that I said I didn’t want to be like them. I said I want to have $2M and a comfortable monthly income that allows me to live and give in abundance. Rich people have that – and more. But, at some level, I didn’t want to be a rich person! My subconscious mind was sabotaging my moneymaking efforts based on how negatively I’d judged high earners. My silly subconscious was actually protecting me… from me!

My beliefs weren’t necessarily bad or wrong, they were just… mine; appropriate and realistic at the time I formed them. They were partially true, but incomplete and simplified.

Now that I have brought my old beliefs about money up to the conscious level, I can move out of my old pattern of unconsciously following them—even (and especially) when they’re not working—and create a whole new, healthier, passionate and FUN relationship with money. Old $ubcon$ciou$ belief$… you’re not welcome in my new world!