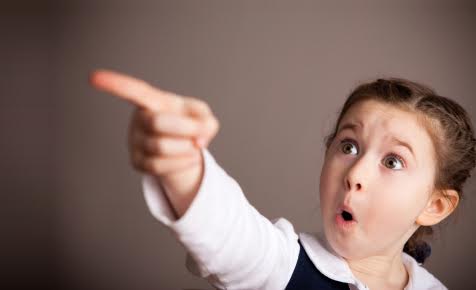 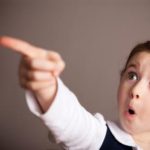 I’m a LIAR. I’m not proud of it, but it’s the truth, and I don’t want to lessen the value of this blog by lying about my lying. I, Sandye Linnetz, have in the past and will in the future, tell lies.

Sometimes I plan out my lies like the writing of the great American novel; full of passion and purpose. There was that time when I was almost 16 and this guy – who was 20!!!!- wanted me to go out with him. Yes! He was so cool and he asked ME and I really wanted to go. My parents’ response: “Absolutely not, he’s much too old for you.” They were being so ridiculous and controlling.

As luck would have it, there was this ‘youth group’ party and I arranged to ‘go to that’ and have the erstwhile boyfriend pick me up there. He’d get me back to the party before my ride left and no one would ever know. Well, no one except my little brother, who I swore to secrecy. As the afternoon passed and daylight waned, so did my nerve. I think I was equally afraid of getting caught and worried about doing the wrong thing. My parents went out for the evening and my ride honked… PARTY time!

By the time I walked into the party I knew I couldn’t lie to my parents (for a million different teen reasons). So, I maneuvered my way to the nearest princess phone (no, there were no mobile phones back then); called the guy and cancelled the sneaky date. And by the way, the party was great fun.

Now why did I tell you this story? Well, because there’s more. Unbeknownst to me, my little bro told my parents about my sneaky date plan. When I got home my parents were waiting; red-faced and ‘loaded for bear’. I was grounded for one week for disobeying and another week for lying. “No”, I bemoaned, “I didn’t lie and I didn’t disobey. I didn’t go out with him. I did go to the party”. Didn’t matter. The punishment stood. I got punished for “THINKING ABOUT LYING”!

Now, I’ll be honest (cuz that’s what we’re doing here, right?) it wasn’t the last time I plotted out a BIG lie, but that experience certainly influenced the frequency and severity of my lying – post sneaky party date. Prevarication is always a choice… and I’ve learned to choose carefully.

There are times when it feels like I am not choosing to lie. I lie without thinking about it at all – on autopilot – not premeditated, more like a knee jerk reaction. Words spew forth and I can’t grab ‘em to shove ‘em back in… so the lie, MY lie, is out there in the world. But, come on, we’re telling the truth here, right? There is always that instant – that mega second before the lie comes gushing out – when choice is present.

When the dinner party hostess asked if her overdone, poorly seasoned meat was ‘simply fabulous’…  I said, “Yes, best ever!” If I’m late (which doesn’t happen often) I’ve been known to blame it on traffic instead of myself. Sometimes it’s about hiding the truth, other times about avoiding trouble. Now and again lies make us bigger and better. And sometimes it’s about sparing feelings… or is it? Maybe I just wanted that rotten cook to invite me back. She gives great parties – NO LIE!